The  global  financial  crisis  from  2008  affected  the  Romanian  economy  and  led  to  severe  austerity measures  being launched  by  the  government  in  2010.  Romania  then  began  a  relatively  slow  but  steady  economic  recovery.  In  2015 Romania recorded the highest investment rate in the EU with 24.7 percent of GDP and real GDP growth in 2016 was 4.9 percent. Despite the economic growth and agreements with the EU to support this trend further, Romania continues to have at‐risk‐of‐poverty and social exclusion rates that are among the highest in the EU, recording in 2015 a rate of 37 percent  compared  to an EU average  of  23.5  percent. Of  particular  concern  for a  continued economic growth are  the aging of the population, the low participation of the Roma population in the labor market and the high emigration rate, especially among youth. To combat poverty and support economic growth, the design and implementation of policies to  improve the quality of the workforce is essential. 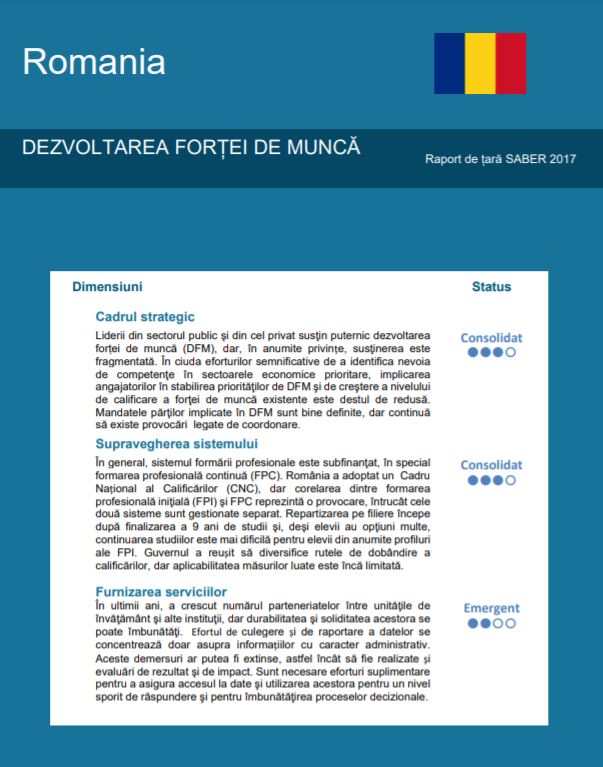 Sorry for the inconvenience!

How was your overall experience on SKILLS KSP?

You loved this platform!

You are happy with this platform!

You are not happy with this platform!

Thank you for your feedback!